Published on Jun 9, 2015
Okay! OKAY! This one is pretty much 32-bit! Haha but CineFix presents Jurassic Park retold via old-school 8-bit (and mostly 32 bit 😉 game tech. No quarters, controllers, or genetic engineering required! Subscribe to CineFix –

We’re guessing the excitement for Jurassic World has gotten you nostalgic for the original Jurassic Park, right? Why not also indulge your nostalgia for old-school video games at the same time? Jurassic Park was on the cutting edge of CGI back in 1993… we give the dinosaurs a treatment that’s a little less ahead of its time.

Thus, we present Jurassic Park in the form of an 8 bit video game! 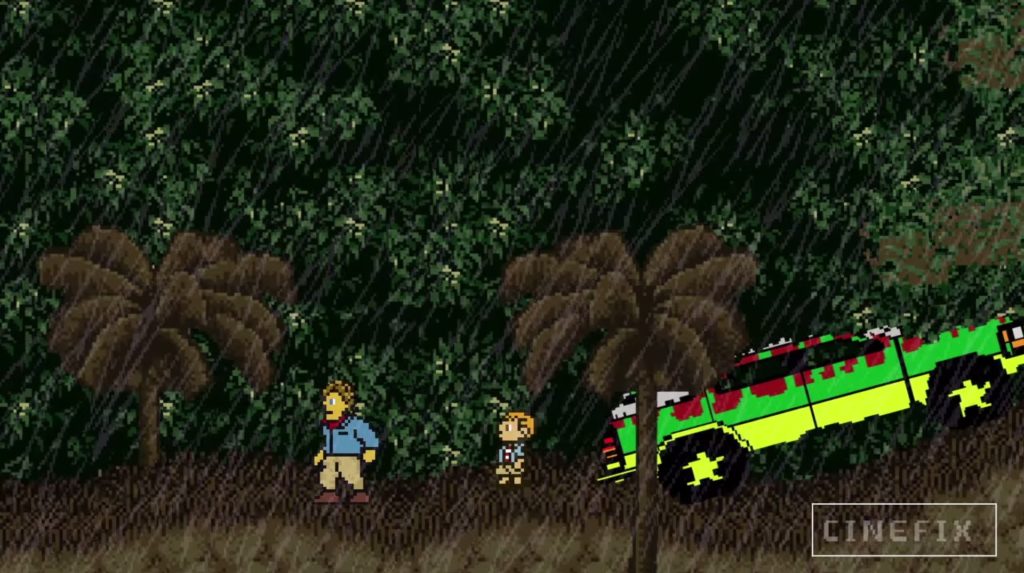