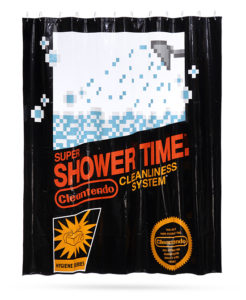 Are you a retro video game fan who has saturated you home with vintage gaming accouterments? Don’t think you could add one more thing to your home to complete the game geek experience? Well tear down that old shower curtain because ThinkGeek has a new retro shower curtain that is both humorous and thematically pleasing, the “Retro Gaming Shower Curtain”.

Shower old-school style with this Retro Gaming Shower Curtain without having to worry about getting water in the cartridges. Its see-thru panel lets you be the star of Super Shower Time, instead of one of those stupid plumbers. Although that sort of works now that we think about it. Plumbers. Shower. Anyhow, lather up with your Cleantendo – now you’re sudsing with power!

I don’t know about you, but I have always wanted to be the star of my own NES game and while I never thought that non-8-bit partial nudity would be a possibility (I always assumed true 8-but nudity would be a core part of the game), but if that is the way it has to be, so be it.

NOTE: We couldn’t seem to find this product on the web anymore 🙁 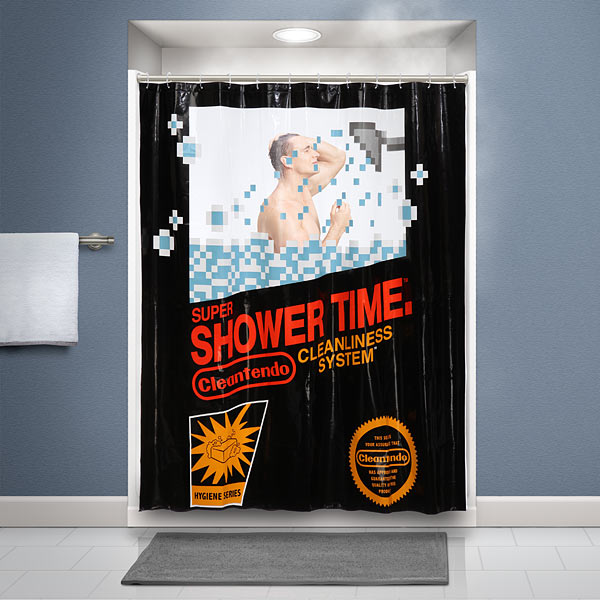