We’re constantly making improvements to Google Maps in order to take advantage of better hardware and web standards. For example, last October we launched MapsGL to capitalize on the improved graphics capabilities offered by WebGL. 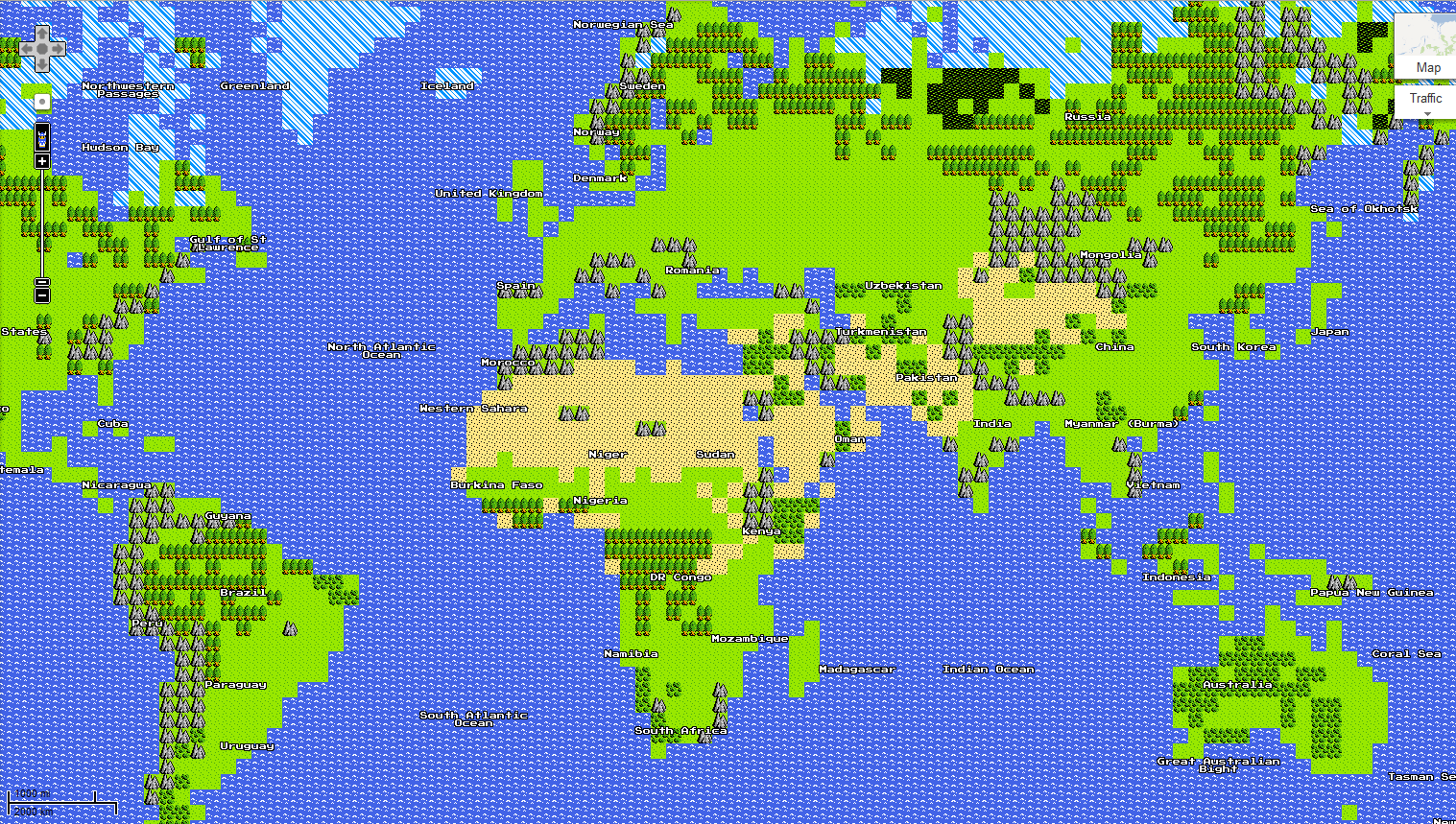 In our pursuit of new digital frontiers, we realized that we may have left behind a large number of users who couldn’t access Google Maps on their classic hardware. Surprisingly, the Nintendo Entertainment System (NES) was unsupported, despite its tremendous popularity with over 60 million units sold worldwide.

Our engineering team in Japan understood the importance of maps on retro game systems. With the power of Google’s immense data centers, and support from Nintendo and Square Enix, we were able to overcome the technical and design hurdles of developing 8-bit maps. Today, we’re excited to announce the result: a version of Google Maps for NES, with beautiful low-res graphics, simple and intuitive controls, and a timeless soundtrack.

With Google Maps 8-bit, you can do all the things you already do on regular Google Maps. Search for famous landmarks and sites around the world. Take an epic journey with 8-bit Street View. Get detailed directions to avoid dangerous paths, and battle your way through a world of powerful monsters and mystic treasures.

As the first NES cartridge to be released in nearly 18 years, we’re working hard to make Google Maps 8-bit for NES available in the Google Store as soon as possible. A mobile version for Game Boy is also under development.

For those who are eager to try Google Maps 8-bit now, we’ve made a limited trial available on desktop: just click the “Quest” box in the top right corner of Google Maps to get started. Please be mindful of dragons while playing. We wish you a safe and happy quest.

Update April 1, 2012 9:45 PST: Happy April Fools! While we don’t really have a NES game coming we do hope you enjoyed exploring Google Maps 8-bit. Here’s to many more adventures and quests! 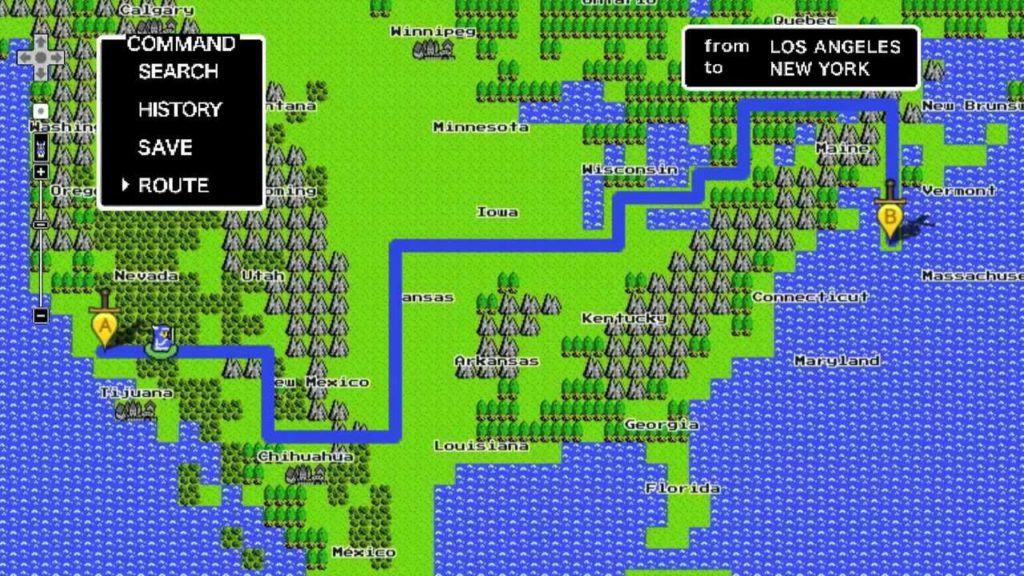