Today we present Fight Club in the form of an 8 bit video game!

8 Bit a.k.a. the third generation of gaming started in 1983 with the Japanese release of the Nintendo Family Computer and Sega. Can you guess what games inspired our 8-bit version of Fight Club? Comment below and suggest the next movie 8-bit Cinema should “gamify”. 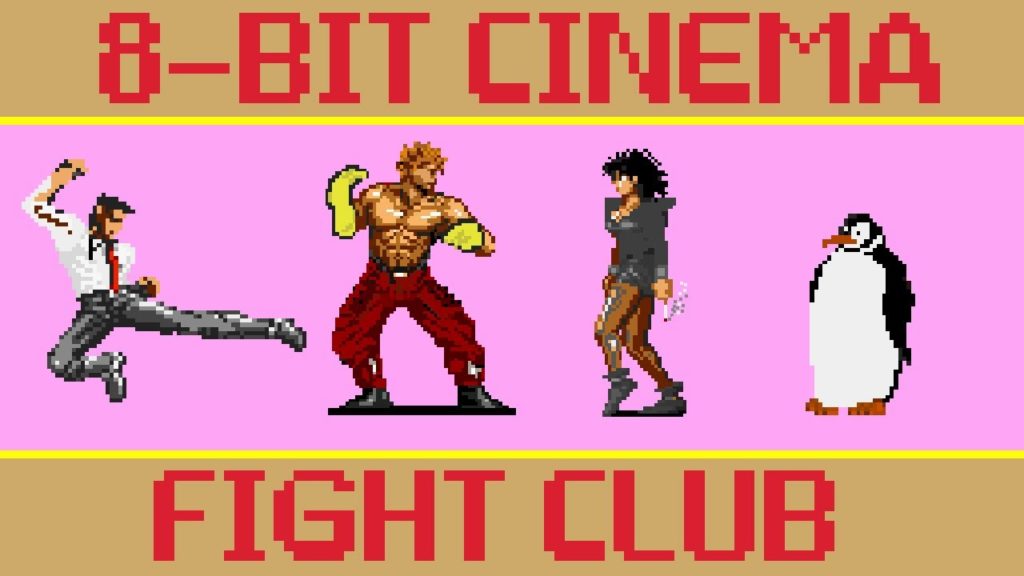