THE MAGAZINE FOR COLLECTORS AND USERS OF EIGHT BIT COMPUTERS …
Eight Bit Magazine celebrate early eight bit microcomputers from the 1970’s to the early 90’s. While most publications cover only the gaming aspect of such computers we want to cover the hardware and programming side of things as well. After a successful Issue 1 and Issue 2 Kickstarter campaigns we are delighted to offer even more in Issue 3.

What will you get?
You will get a full colour, A5 size, 68 page printed magazine full of great articles written by people with a wealth of knowledge and passion for those computers. Expect programming, technical and gaming articles for the Apple II, Commodore 64, Amstrad CPC, Sinclair Spectrum, Atari 8-bit and more!

What will be covered?
Everything 8 bit from games to programming to hardware projects to enhance your enjoyment of those eight bit wonders. The goal of the magazine is to create the excitement of computer magazines of the 80’s and early 90’s, both gaming and otherwise. A part of the excitement is holding a proper magazine in your hand unlike reading online where something is lost. We have a number of people involved in this kickstarter project and the plan is to get more on-board for future issues. We want to create a community of eight bit enthusiasts writing for the magazine coming up with articles we haven’t even thought of yet.

Sample of the articles in Issue 3: 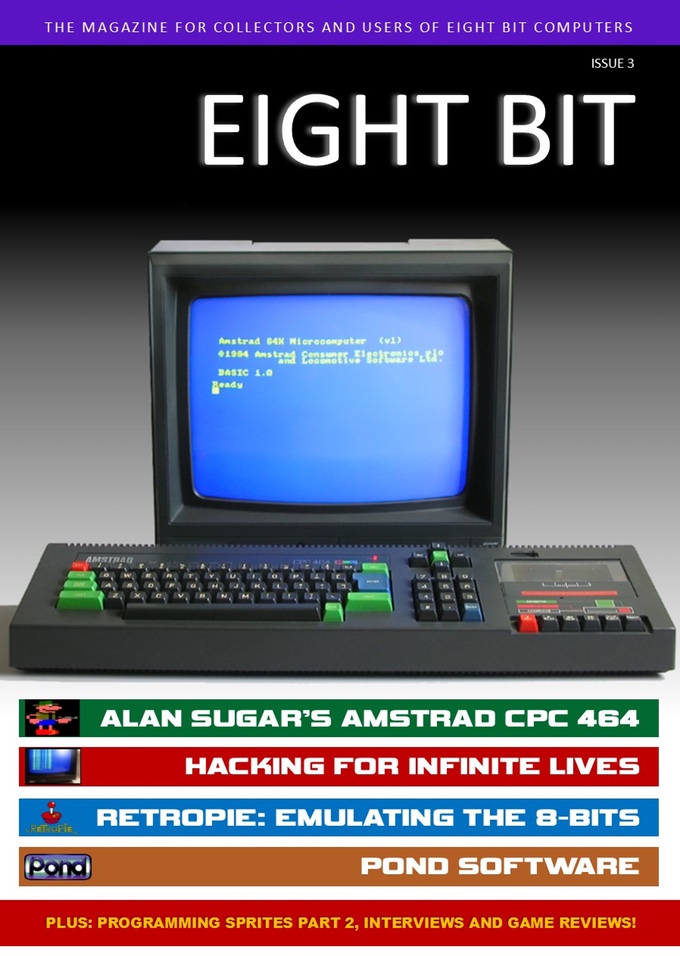 The Collectors Guide to the Amstrad CPC 464.
The Apple Adventurer (Adventure games on the Apple II)
Hacking for Infinite Lives.
Retropie: Emulating the 8-bits.
Pond Software Feature.
Second part of Programming Sprites for the C64 and CPC.
Upcoming games and hardware to be released in 2017.
Many game reviews as well as interviews and technical articles. 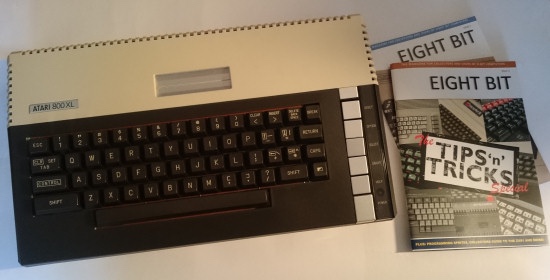 Why such a low Kickstarter goal?

After the success of issue 1 the low Kickstarter goal is all we need to guarantee at least another 12 issues of 8-bit. Of course we expect to go much longer than that 🙂 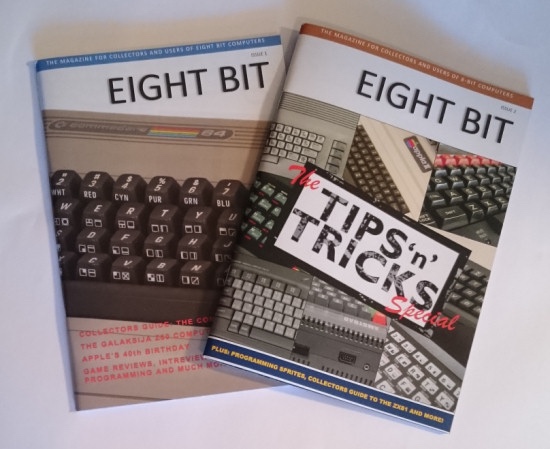 Previously worked on a fanzine called CPC Oxygen covering 8 bit computers from Amstrad. You can view old issues of CPC Oxygen here: http://eightbitmagazine.com/cpcoxygen/index.html You can download the CPC Oxygen Yearbook 2004 for free from here: http://www.lulu.com/shop/cpc-oxygen-team/the-cpc-oxygen-yearbook-amstrad-cpc/ebook/product-17484274.html

I was involved in getting the rights from Future Publishing to scan and put online issues of Amstrad Action. With the help of a number of people in the Amstrad community all 117 issues were online in a matter of weeks.

You can still view those issues here: http://eightbitmagazine.com/cpcoxygen/aa.html I also wrote a number of retro articles for Micro Mart magazine in the early 2000’s.

Risks and challenges
There’s no risk involved, especially if you liked issue 1 and 2. When the project reaches it funding goal it will be professionally printed and posted to each and every person who funded the project.

Issue 1 and 2 was successfully funded and received positive feedback. Issue 3 aims to be even better.